The world of bodybuilding is dominated by young, fit, protein-packing competitors with diets heavy in animal-products. In a sport that’s drawn much controversy over the dangerous dietary and drug-related practices of its participants, one woman is defying every stereotype in the book. In a year-long run of constant competition, Crissi Carvalho is proving that not only can vegans build and maintain muscle, but they can do so in a manner that’s sustainable, healthy, and high-carb. On the verge of 43, this vegan fitness model, mother of two and cancer-scare survivor overtook the omnivores with her recent win at the Arnold Classic. [tweet this]

Today I’m excited have back on the channel Crissi Carvalho, better known as the vegan fitness model, as part of the Vegan Athlete Series. 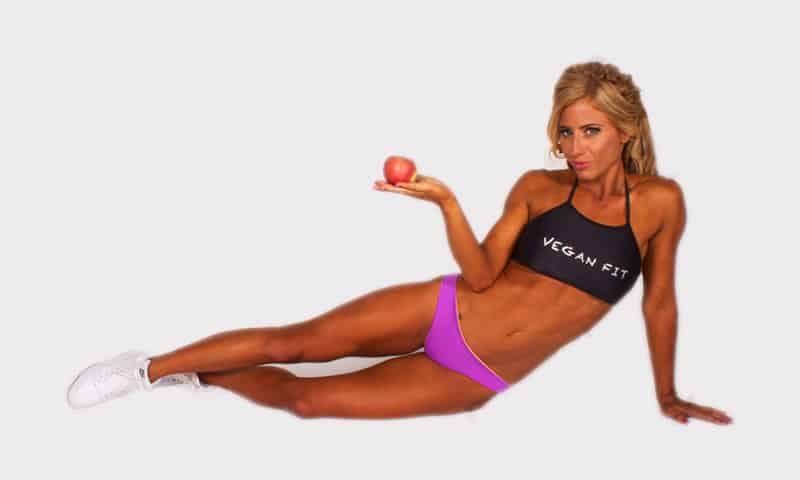 Crissi has been in the fitness industry since she was 16 and competing as an omnivore— complete with bulking and cutting cycles and the resulting development of disordered eating. After a cancer scare which you can hear more about in my first interview with Crissi, she went vegan and re-entered the fitness world at 40, with a whole new take on health, vibrancy, and balance.

Crissi’s currently in the midst of attempting a solid year-long competition run and just nabbed a win at the Arnold Classic! Today she shares about what sets her apart, the dangers of physique competing, and how she regained her health and strives to inspire others to do the same. 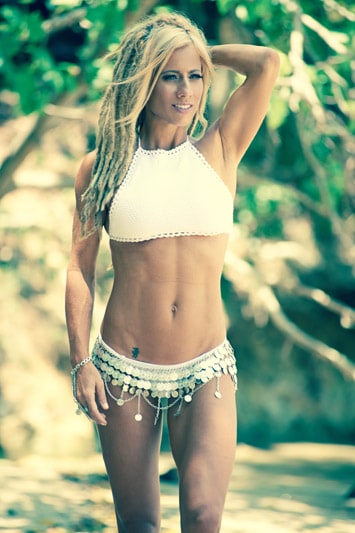 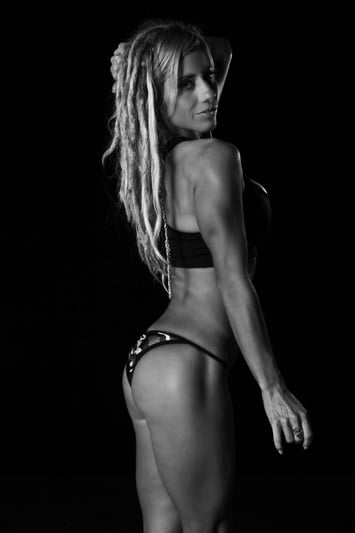 Without further ado, let’s hear from Crissi herself! Be sure to check out the video to hear all of Crissi's story, but here are some choice nuggets:

On the significance of winning the Arnold Classic:

“It’s actually a really, really prestigious event to be a part of. You have to qualify to get into it with the IFBB [International Federations of Bodybuilding and Fitness], they actually run all the Arnold Classics around the world. That federation is the oldest federation, it’s the one that Arnold Schwarzenegger and all the greats of the greats have always competed with. So, it’s probably the most recognized, the most prestigious, if you wanted to call it that. To be part of it, first of all, is a great honor. But to actually stand on stage and win it, as a Bikini Masters was probably one of the – I can’t even explain it.”

On what sets her apart from the “typical” bodybuilder and the significance of the “Masters” category:

“Masters means anyone over 35. So now that I’m turning 43 very shortly, I’m actually a masters in the Masters. So, a lot of the girls that I recently competed against, or women, they just turned 35, 36, so quite a few years younger than I am myself. And I was actually announced, as well, as being the oldest and I won the Masters. So actually winning the recent Arnold’s category as a vegan, and higher carb, was a couple of other extra bonuses that I’ve actually hit.” [tweet this]

On how she's able to maintain her current quest for a year-long competition run:

“There’s a combination of things, as to why I have the energy to be able to continue to compete time after time. The way I plan my eating and my training is something sustainable, it’s part of my lifestyle. So, without removing carbs from my diet, and when I say carbs I mean whole food carbs.

So, you’ve got your potatoes, and your fruits, and all those types of amazing plants. So, doing this I don’t actually have a lack of any nutrients at all, vitamins in my diet. So I’m always fueled, but by eating this way I find that I keep lean all year round as well. So, a lot of people call it “bulking season.” Which is something to me which is more like a yo-yo type of dieting, really.

The traditional bodybuilders, and I see this in vegan bodybuilders as well, because a lot of those are low-carb as well, so they take the same principals of the omnivores and they apply it to vegan bodybuilding. Which, I’m not for because to get higher protein levels and being vegan, you have to have a lot of processed foods–that would be tofu and it would also be protein powders–to get that ratio of protein up.

Because every whole food that comes with protein, in a vegan or plant-based diet, comes with carbs. So, it’s almost impossible to get a ratio of 15% carbs down when you’re eating beans and those sorts of foods. So, if we stay close to nature, then we’re also loving the body and the body will also keep very lean and keep it very energized all year round.”

On comparing her experiences competing as an omnivore to now, 26+ years later, in her 40s, as a vegan:

“Wow, the experiences are actually a huge contrast. I’ve actually been, my whole life, haunted about my experiences of my traditional comp [competition] preps. I did one comp at 19 and I remember power walking and crying. And my second comp was at 23, and I was doing sport aerobic championships, and that led to years of food issues, so…binge eating.

I remember saying to myself in my 20s, ‘I just want to stop thinking about eating.' I am always thinking, as I finish a meal, ‘I just want to eat again'. It got me food addicted and gave me a lot of issues, so when I was coming to the next comp, as a vegan–my first comp was at 40, I was 39 turning 40–it felt too good to be true. So, it’s definitely a contrast from the traditional way, and a healthy, sustainable way, as well. [tweet this] 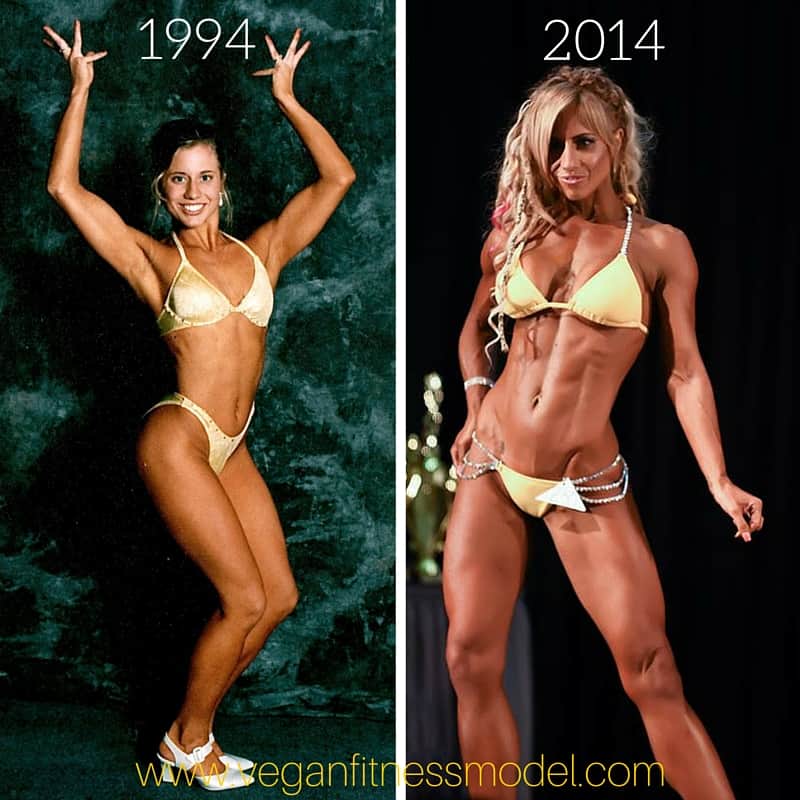 And there is no such fancy terms as reverse dieting out of this because we’re full of fiber, we even poop on the day, where a lot of people when they compete, they don’t actually go for at least a week or so. Their skin gets dry and a majority of the girls, which is really, really unfortunate, do come out with issues post-comp. [They experience] depression, their hormones [are] here and there.

A lot of people actually say that when you get lean you stop menstruating, which is not true. You will only stop menstruating if you have malnutrition or your body is stressed. Even at 9% I’m normal. So little things like that are all signs that you’re not doing things right for the body.

A lot of those things affect girls competing on-stage. While a lot of them look healthy on-stage, they’re really, really not healthy. Especially if they’re laying down with their feet up, because they’re about to pass out, which they do a lot backstage, you don’t see that on-stage because they just can’t move, they can’t walk, they can’t think because of the deficiencies in the diet.”

I hope you enjoyed hearing Crissi’s unique take on bodybuilding and physique competitions. If you want fitness guidance from a vegan perspective, check out Crissi’s online coaching services, which I had the pleasure of experiencing during my preparation for my vegan muscle photo shoot!

Crissi’s also in the process of opening a vegan fitness studio in Burleigh Head, Queensland, staffed exclusively with vegans! To learn more about her programs and stay up to date with the development of the studio and Crissi’s competition journey, check out her links below!

I’d love to hear your thoughts on Crissi’s multi-mold-breaking journey! Let me know in the comments! And be sure to check out the rest of the Vegan Athlete Series.

If you enjoyed this fitness-filled nugget, give this video a big thumbs up and share it around to show what’s possible on plants! If you’re new, I would love to have you as a subscriber, I put out fresh vegan content every Monday, Wednesday, and some Fridays.

If you want to help support bite size vegan, check out support page or join us in the Nugget Army on Patreon.