Can one person make a difference?  Can any of us as individuals really make an impact? With everything wrong in this world, what hope does one person have for creating change?  Well, I recently attended an activist event with hundreds of other people.  And we were all there because of the decision of one person.  Anita. This is her story. [tweet this]

There’s a lot in our world that needs changing. As individuals our tendency is to think we alone can’t make an impact. When faced with injustice, there are those of us who exclaim, “someone should do something about this!” in exasperated disbelief and indignation. We don’t consider that we could be that someone. Maybe we feel too intimidated, uneducated, uncertain of what action to take. Or we think that since we can’t fix it all immediately on our own then we might as well not try.

Then there are those who see injustice and exclaim, “I should do something about this.”  And despite their own misgivings and uncertainties, despite their seeming powerlessness against the astronomical odds, they do something incredible.  They try.

Last week I had the honor of meeting such an individual: Anita, the co-founder of Toronto Pig Save. I was attending a 24 hour vigil for pigs, cows, and chickens at Toronto area slaughterhouses organized by Toronto Pig Save, now running five years strong. To see my experience and the incredible power of what Anita has created firsthand please see this video post, which is also linked below.

I want to share with you the genesis of this Toronto Pig Save in Anita’s own words. 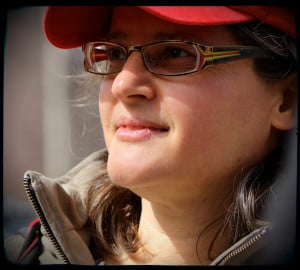 On why she stated the Toronto Pig Save

“I live near a slaughterhouse since 2006 and I knew somebody should do a protest or something but when I adopted a dog, Mr. Bean, who’s here at the vigil today, I walked with him every day on Lake Shore.  And during rush hour traffic we would see 7 or 8 trucks in the morning.  And at the time I was reading Leo Tolstoy and Gandhi and Ramakrishna and Vivekananda, and they all took action when there was injustice in their communities.  So when I saw all these trucks, it was like, ‘I have to take action.' It was almost five years ago—it was December 2010.

On the Importance of Bearing Witness

In the days after the vigil, Anita sent me some writings from Leo Tolstoy which she says encompass the approach of the Save Movement, with one quote in particular encapsulating the gravity of their work:

“When the suffering of another creature causes you to feel pain, do not submit to the initial desire to flee from the suffering one, but on the contrary, come closer, as close as you can to him [/her] who suffers, and try to help him[/her].”

And this this what Anita has done.  She’s come closer time and time again.  And others have followed.

“From my perspective, everyone has a duty to bear witness.  I actually think it's a duty that all of us have, and in life there's a choice when you see someone suffering. You either look the other way or you come closer, as close as you can to try to help. [tweet this]  And if we all did that we wouldn’t have genocide. We wouldn’t have animal abuse.  We wouldn’t have suffering because we would build a community where if there is suffering we all come together, we come close to help those who are suffering. So, that’s what we’re about.”

Starting on those morning walks with her companion, Mr. Bean, Anita’s decision to take action has blossomed into the greater Save Movement, a now international movement of activists coming together to bear witness to the massacre of animals all over the world and bring attention and validation to their experience.  Still, Anita pushes forward for greater change.

“And, we recognize that we're doing a very partial form of bearing witness, because we’re helping a little bit, but we’re not fully bearing witness. We’re not actually actually saving the pigs before us, and that creates a lot of pain.

“In China they actually stopped trucks and rescue all the animals and liberate them. And that’s the right thing to do and we recognize that. And so it’s very painful because it’s partial, but it’s better to be here than not to be here. And eventually our goal is to just liberate all animals, because if it was you in the truck you know, as has happened in the past in genocides, you wouldn’t just want people to say, “I'm sorry” and to give you a little bit of water, although that's good and that’s compassionate, it's not enough.”

On the future of Pig Save

Anita and the now hundreds standing with her, watch the trucks pass into the slaughterhouses time and time again. The site of them exiting, empty of the life that was there just moments ago, is just as, if not more heartbreaking. But Anita resolutely looks towards the future.

“And we’re moving that way—we’re always upping the ante. Now we’re stopping trucks. We didn’t do that for, like, the first four years of our group. Now we’re stopping the trucks. So every time, we’re just exerting our power. People have more power than they think. If we exert our power, especially as a community, in terms of community organizing, we can actually change a lot.”

Anita’s passion and belief in the power grassroots activism is inspiring and the worldwide growth of the Save Movement is a concrete testament to the power one person can have when they choose to come closer. 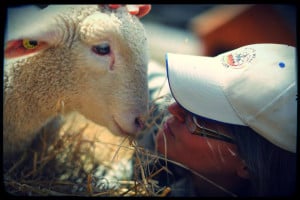 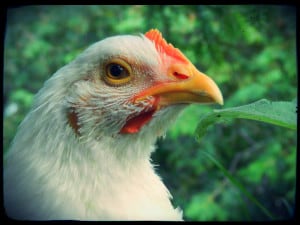 If you think you can’t make a difference, if you think holding vigil isn’t effective activism, if you think giving water to pigs on their way to slaughter, running alongside trucks full of cows in an effort to document their experience, and standing in the way of semis carrying 5-10,000 chickens to their deaths isn’t going to change anything, I’d ask you to visit Mercy and Meadow and ask them if it's made a difference.

It’s very easy for people on the outside to criticize what activists do, or what we’re attempting to achieve, because it can seem so insurmountable for us to overcome all the evil in this world and make an impact as individuals. It’s very easy to be disheartened. But if we all just say, “I’m one person. I can’t do anything,” nothing is going to be accomplished. Just because we can’t fix everything right now and just because we can’t do everything perfectly and we can’t make a vegan world tomorrow doesn’t diminish the value of doing everything we can in this moment.

And that is what Anita has done. She has looked into the faces of our food industry, made them a promise on that morning walk, and now thousands stand beside her.

Never doubt the power you have, and the even greater power we have when we come together at a grassroots level. Stop waiting for someone to do something and be that someone. [tweet this]

On a personal note, though I work virtually every hour of every day on Bite Size Vegan and am consistently immersed in the realities of what we put animals through, I was deeply and profoundly moved by my experience with Toronto Pig Save. Those of us who are already vegan need to remember that we are not beyond needing to reaffirm our own connection, and that we too must bear witness.

For more information about Toronto Pig Save and the greater Save Movement, please see the links below.

All my thanks to Anita, Toronto Pig Save, and all of the activists who are out there fighting to make a difference.

Featured Videos & Resources
Open Your Eyes: My Toronto Pig Save Experience
The Importance of Bearing Witness
Is Eating Animals a Personal Choice?
What Vegans See
The Humane Myth
Vegan v. Vegetarian
This Speech Will Change How You See Everything
Why this Cattle Rancher Went Vegan
Cow Escapes Slaughterhouse and Finds Sanctuary