Nothing RUINS the New Year like New Vegans! Just leave it to “Veganuary” to bring out a spectacular display of New Vegan FAILS. Why do people go back to eating meat, dairy and eggs after trying veganism? Why are there so many Ex-Vegans with horror stories of nutritional deficiencies, cult-like mentalities, and exclusionary tactics? This week's video takes a humorous look at how quickly people can abandon veganism. Have fun watching some Ex-Vegans in the making in this train wreck of a New Year’s Eve party!

First we have the host with the most:

The Jockish One, let's call him Lance 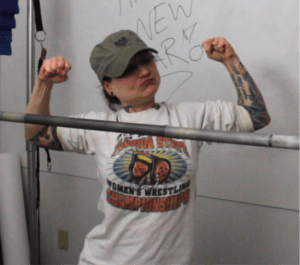 You may recognize him from his previous role in Sh*t People Say to Vegans. Lance is strong and wants you to know it! But deep down, he's a ladies man, an advocate for equal women's rights and, naturally, super into women's wrestling.

He holds deep-seated concerns about getting adequate nutrition for building muscle and maintaining his manliness.

Then we have Daryl AKA: The Meaty One 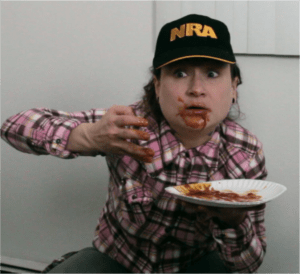 He is your typical back-woods, home-grown, meat-lovin‘ man. He also starred in Shit People Say To Vegans and the mini-skit at the end of Deadly Nutrition: The Real Dietary Killers with Dr. Michael Greger.

Now, meet Stacy, The Girly One 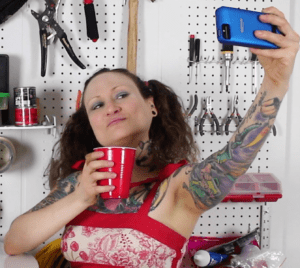 She's your sweet, cute baby animal-lovin‘, selfie-taking, all american sweet heart. She, too, made appearances in the critically acclaimed comedy Shit People Say to Vegans and invaluable PSA, Deadly Nutrition.

Stacy is pumped to slim down with fresh whole foods, but concerned about packing on the pounds from all that dreaded fruit sugar!

Then there is Nancy, The Nerdish One 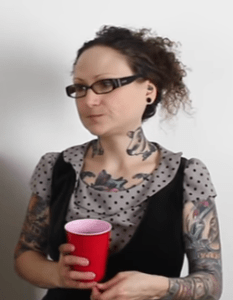 Don't mistake her for a wall flower, this girl has brains and brawn. She also played a gripping role in the comedy/horror short film, How Vegans Ruin Halloween.

She doesn't get tied up with fleeting emotions, fawning over cute little animals, romanticizing the environment or getting hung up with having perfect washboard abs, she's all about the facts. And even though the first mention of a vegan lifestyle didn't interest her in the slightest, she ends up being the one trying to keep the rest of her friends grounded in their resolve to make 2017 the year they go and STAY Vegan.

And lastly, but certainly never least:

The Activist One, we'll call her Stephanie Jones-White 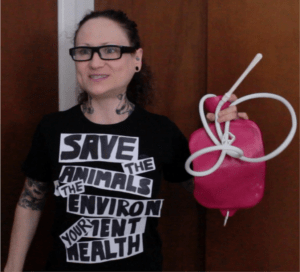 She is your friendly neighborhood activist here to tell you why you're offensive and how you should do more to save the world and stuff.

Stephanie J.W is the one who inspired this whole crazy pledge to go vegan in the first place, but then pulls a 180 and takes a stance against veganism, claiming it is too restrictive, and that switching to humane, organic, non-gmo, free-range, grass-fed, local, small, indie farms is the best way to save animals, the world, and not lose your mind while your at it. Let's see how her arguments hold up.

Now, Enjoy their jocular, witty, but mostly ridiculous banter! Be sure to watch the video at the beginning of the blog post for full ridiculousness. Or don't…if you're more the screenplay reader type and continue below for the script!

All [except Daryl; Daryl is too busy eating ribs]: Ten…Nine…Eight…Seven…Six…Five…Four…Three…Two…One… Happy New Year!

[Pan to each character. Showcase Stephanie Jones-White's (The Activist One) T-shirt that says, “SAVE THE OLD YEAR“]

[Daryl (The Meaty One) downs it all by last second then exclaims in shock]: You’re all murderers! [storms out]

Nancy (The Nerdish One): Well that was…unexpected.

Stacy (The Girlie One): So…thanks for hosting the party. I don’t think I’ve ever seen your place before.

Lance (The Jockish One): Yeah, I don’t entertain much, and don’t usually go all the way out with holiday decorations, but thought I’d challenge myself this year so…. [indicating “ Happy New Year” on whiteboard]

Stacy: Hey you guys. So, I was thinking…what if we did like a group New Years resolution? Wouldn’t that be fun?

Nancy: Well, it depends on what you are proposing that we do.

Stacy: Well, I was thinking we could all get in on…

Stephanie Jones-White [T-shirt now says “SAVE THE WHOLE WORLD” ]: Well, I have an idea that would make a huge impact on the whole world.

Lance: Here it comes…the newest “ cause of the week,” am I right? [holds hi-five, Daryl ignores, Nancy considers and gives side-nod, Stacy gives come-hither or something, Lance confused, then considers, gives side-nod]

Stephanie Jones-White [T-shirt now says “SAVE MY CREDIBILITY” ]: C’mon, this is serious. Like life-changing, life-saving serious. What if…we all…go vegan!?

[Daryl shocked/spits out mouthful of ribs]

Stephanie Jones-White: [T-shirt now says “SAVE THE ANIMALS” ]: Okay, hear me out. [Slow-mo of her explaining with cuts of T-shirt now saying “SAVE YOUR HEALTH (& junk)” ]::…Prevent obesity and erectile dysfunction

Stephanie J.W [T-shirt now says “SAVE THE PLANET” ]:: …of deforestation and water usage. There are totally scientific studies with charts and statistics and graphs and Footnotes!

Stephanie J.W [T-shirt now says “SAVE THE BABY ANIMALS” ]:..and think of the baby animals! Look, a teacup pig in rain boots!

Lance: ALRIGHT ALREADY, WE’LL DO IT!!!

(Flash back) All [except Daryl; Stephanie J.W has “SAVE THE OLD YEAR” ]:Three…Two…One… Happy New Year! [Daryl downs it all by last second then exclaims in shock]: You’re all murderers! [storms out]

Lance [picks up weight and does curl]: I knew it! I’m definitely weaker. [flexes] And I’ve lost muscle mass! I’m out.

Stacy: Well I’m excited about getting back into shape. With fresh, whole foods! [Takes one bite of banana]: I’m fat.

Nancy: Ugh, you guys are so selfish! That’s why you have to be in it for something more than yourself! When you think about the animals and the environment…

Stephanie J.W:…going vegan is easy! And because I also care about my health, I’m going fully raw, fully organic vegan with a one-month transition period to an exclusive diet of wheatgrass juice and coffee enemas! [has a plate of Brussels sprouts, takes a bite, tries to soldier through, is grossed out, spits it out] Ugh! I can’t eat this way. It’s too restrictive! And who can afford daily coffee enemas anyways? Veganism is just another form of oppression!

Nancy:…This is why I always say that coming to a decision based on facts and logic is the only way to stay grounded and follow through with your convictions. That’s why I’ve outlasted all of you. I didn’t go vegan for health because “ vegan” only described what you’re not eating, so you can still be incredibly unhealthy.

Nancy:… there’s the tendency with any change…

Lance: I think it’s my blood type. I’m so tired.

Nancy:….and I didn’t tie my decision to pure emotion for the animals or romanticism for the environment, because feelings are in constant fluctuation…

Nancy: Nor did I rely on selective morality or subjective ethics because that’s a slippery slope.

Stephanie J.W [looking something up on phone, T-shirt now says “SAVE SMALL FARMS” ]: I found a local farmers market– you see, that’s what we need to do, you guys! Support small farmers, not faceless vegan corporations! Get back to the land and the way we used to treat animals! When we knew every one of them by name, and they trusted us right up till slaughter.

Nancy: [eye roll] So…I’ve taken an objective look at the available data, watched a few speeches…and find the environmental, health and ethical arguments compelling and completely in line with not only the values espoused by the vast majority of our species, including the touchy ethical area of justice, and potentially emotional instinct to protection of the innocent, but also logically sound, even after correcting for manipulated, partial or outdated data, and blatant falsehoods. Veganism remains the sensible, rational choice.

[Nancy starts getting hit with wadded up paper balls, a stuffed monkey and finally a saucy spare-rib]

All [except Nancy]: boo, nerd alert, lame, not funny! etc” with last being:]

Stephanie J.W [Now “SAVE THE SPEECH, PLEASE” ]: You suck!

[A few minutes later when things have calmed down]

Stephanie J.W: Hey guys, how you can tell if someone at the party is vegan? Don’t worry, they’ll tell you!

Nancy: This was your idea

Nancy: Wh—Wait, We already saved him.

Stephanie J.W: Did we?

Hope you enjoyed the skit. SHARE on all platforms to help others go and STAY vegan!

▶︎➤ SAVE The Animals
➣ Ethics & Morality
➣ All About HUMANE Practices
➣ What About Backyard Chickens?
➣ LIVE From Slaughter
➣ Open Your Eyes