In the quest for fitness and, let’s be honest, the quest for looking good, one of the areas we tend to focus on much is our abs. Most people agree that having nice abs is desirable. But when it comes to how to get such abs, any kind of agreement ends there. So today marks the first time you’ll be seeing one of my athlete guests for a second time. I still have a few more new ones on the books and am always looking for and contacting more. But i think it’s about time we get some different topics from some of the incredible people you’ve already met.

If you didn’t see the first interview, my guest was Anne-Marie Campbell is a black belt in Tai Kwon Do and the founder of meat free athlete the popular vegan fitness blog. and, as I may have mentioned before, her abdominal are phenomenal…why don't I just show you? 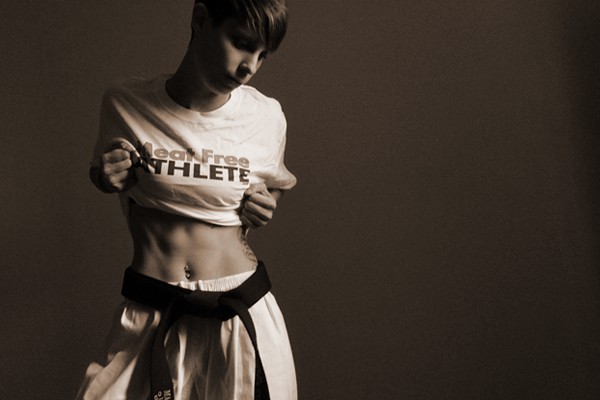 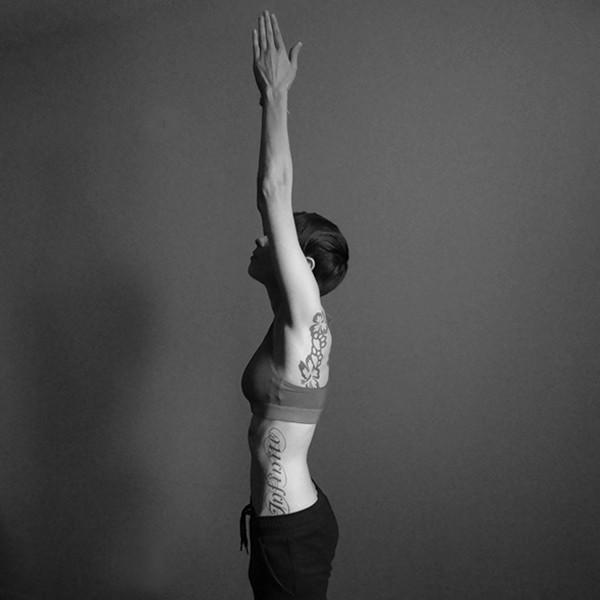 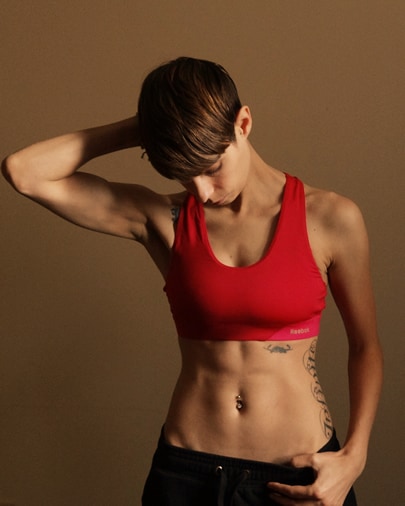 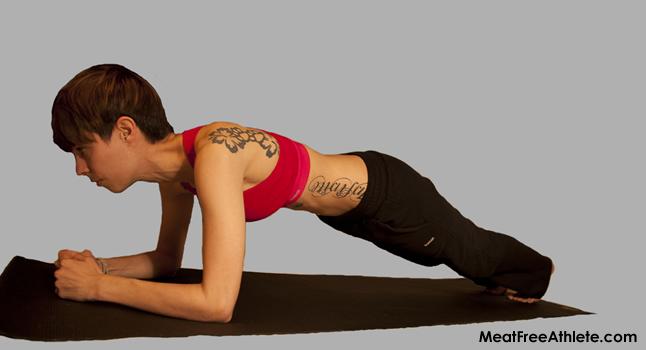 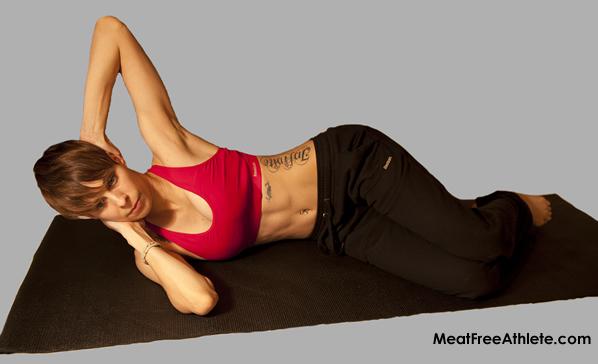 Should’ve just led with that, right?

Now let’s hear from Anne-Marie. To hear her full interview, be sure to watch the video above. But here are some choice nuggets (and check out the 30 Day Challenge schedule and link to all the pro tips from Anne-Marie below):

On her abdominal training philosophy

“My approach is the holistic approach: It’s not just with ab exercises, it's also about what you’re eating. [tweet this] It’s also about rest and recovery. So I mention that also on the guide that I have linked to show you for tips to help boost your results because it really just isn’t about the exercises. … [Y]ou want to do the exercise and have them be well rounded and it’s not just about crunch exercise. You want to focus on the top, the lower, the side and your back.”

“And then it’s also about consistency. the 30 day guide gets you started [tweet this], so you’re going to be doing them about five times a week. You’re kind of getting into it and there’s a rest day in there each week. Not everyone is going to achieve their goal in 30 days but it’s going to set them on the right path.

On the Importance of rest

“If your abs are very sore and let’s say you’ve done [ab exercises] five or six days in a row already, take the rest day. You’ll find that the next day your abs will start to come through, they’re developing. Muscle will not grow without the recovery, so that’s important.”

“That’s absolutely false because I’ve had a pretty defined six pack for many years. [tweet this] I’ve actually had it before i was vegan. I’ve been an athlete for so long, like i said, about 20-plus years. So, I had a visible six pack since I was like, 10…11 years. … You don’t need to be taking steroids or any kind of drug. …

“it’s honestly [about] consistency, and also, just not putting garbage, and junk into your body. Your body is going to thrive off of plant foods. You’re going to notice the difference.”

“Maybe not everyone’s abs are going to look the same physically, in general just because of the structure of your actually abs. Some people have a four pack, a six pack, [an] eight pack. We’re all built differently so not everyone is going to get very defined abs. So i can’t say everyone is going to look exactly the same. You can get lean and you can have a flat stomach, and your abs might not be as defined in terms of 2,4,6 [pack]. … [B]ut you can absolutely have a flat, strong core. it’s just depending on what it’s going to look like, that’s where the genetics does come in because that’s what your structure physically is. But we’ve all got the ability to get a very lean, strong core.”

On cardio and caloric restriction

“Cardio is actually a small key to it but a very small amount. So, you can do maybe cardio 3-4 times a week for maybe 20 minutes or so. … It’s just literally getting your heart rate up that helps for the overall, but you don’t need to become cardio obsessed to get abs.

“I find that people that get to the calorie restriction, they might be eating a lot of foods that your body doesn’t thrive on, so now you need to restrict. I’m a huge believer of that because i eat really big portions, and carb portions. So, rice and beans, potatoes, and literally eating a whole plate of these things, and I will usually have a second plate as well. so, and I’ve eaten like this for so long, and especially now as a vegan, taking out all those animal products, I can tell the difference. I can keep my six pack easier now as I’m getting older than i did 10 years ago, which should be the other way around. but as I’m getting older and now I’m vegan, my six pack stays much easier. So, it’s really not about the calorie restriction per se. “

I hope you enjoyed hearing from Anne-Marie on a balance approach to killer abs.  you can’t argue with results!

Here is her ab guide calendar. See the links below to the full post on her site and her pro tips post! 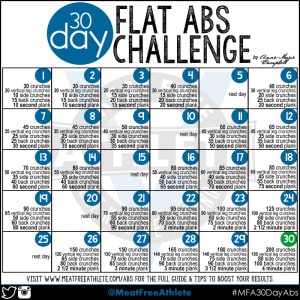 This video post was sponsored in part by Cronometer where you can track your fitness and nutrition to ensure optimal athletic performance and the kitchen side of your epic ab building. Use this link of the one below to make your own free profile.

You can find links to Anne-Marie’s super popular blog and all her social media links below as well. She’s incredibly helpful and responsive to anyone wanting to learn more about veganism and fitness, so definitely check her out.

Now, I’d love to hear from you on this. Are you rocking a washboard? Are you wanting to? What do you think of Anne-Marie's non-extreme approach that gives extreme results? Let me know in the comments!