You may think being vegan is the right thing to do, that it’s compassionate and responsible, good for the environment, the planet, your own health and, of course the animals.  But did you also know that veganism is metal as f&*%!?

As some of you know, I was recently in Orlando, Florida and had the pleasure of meeting up with two awesome vegan YouTubers, Tino from the channels Bananiac and symposium films and Brian the Vegan Black Metal Chef.   Two weeks ago I brought you my interview with Tino and his corresponding interview with me on his channel.

And today, I’m excited to share with you my interview with the dark lord of YouTube himself, the Vegan Black Metal Chef.  You may be familiar with him in his more “metaly” incarnation but today we get to take a look behind the faux leather and makeup to hear from the man behind the metal chef. 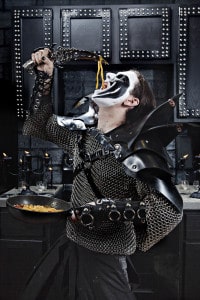 For the full interview, check out the video above but here are some select metal nuggets:

Brian says his vegan journey began when his high school girlfriend went vegetarian. He didn't immediately become vegetarian though. During Freshman year of college, he reflected on his girlfriend's choice and discovered that he was afraid of not eating meat. He continues:

“It wasn’t a fear for my life, it wasn’t a fear for anything, it was a fear of not eating meat and a fear of the social conditioning around it so I just kind of faced that fear and I went vegetarian for about 2 or 3 months and I attended an animal rights group at the University of Florida where I was going at the time called Animal Activism of Alachua  and saw a few videos and went vegan.”

On his cooking show:

Brian started his channel 3 years ago, at which point he has been vegan for 11 years. He continues:

“I’ve been vegan for a decent amount of time I think my meals taste awesome. They’re not very difficult to make and they’re really cheap and so it’s everything that people think vegan isn’t. So I said the world needs to know about this in some way. I thought about doing a regular cooking show but they kind of put me to sleep so I just really combined my passions of music and black metal music in particular with the vegan cooking and made the cooking show I wanted to see and luckily a few other people wanted to see it too.”

On metal music and veganism:

“Well, I think veganism is as metal as f@#$!,…as noted by many other metal musicians out there already who are vegan: Alissa White-Gluz and her boyfriend Doyle from The Misfits did a whole section about health and metal eating and she says that Doyle [ Wolfgang von Frankenstein, former Misfits guitarist] eats mostly vegan when I chatted with her. And it’s really cool to see the both of them, they both work out like crazy and Doyle’s like the biggest dude in existence. Angela Gossow, the previous singer of Arch Enemy is also vegan. There’s a number of others here and there from the guys from creator, the bassist of Black Sabbath and a few others.” 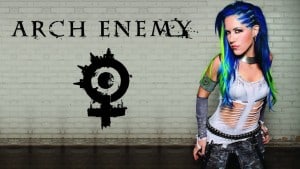 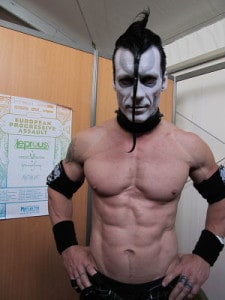 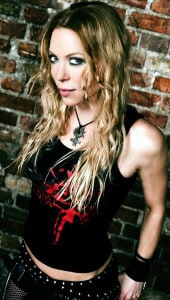 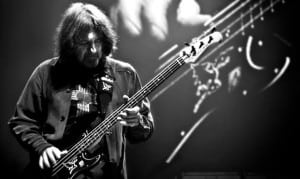 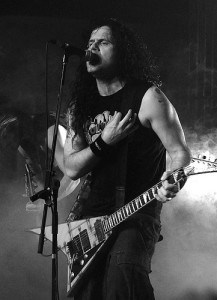 On how to go vegan:

“Just start bringing consciousness to your actions if you're not vegan currently, you're eating a non-vegan meal.  Think about where the meal came from.  A lot of people go endlessly with[out] ever thinking about these things.  And if you want to become vegan, there can’t be a struggle with being vegan.  There’s no struggle in my life with, ‘oh, it’s a restrictive life'. It’s not a restrictive diet, I haven’t even tried all the vegan choices yet.  There are so many incredible things to eat.  There’s no struggle, there’s no cutting out.  There’s really an exploration of what plant-based choices you can find and can make.  And so really, just making consciousness to the meal and consciousness to your actions will make you think, ‘okay where did this come from or how is everything affected by me eating this meal' or really the main key on how to stay vegan …  is it has to hurt more to eat the meal than it would to not.”

I hope you enjoyed this interview with the legend of YouTube, Brian the Vegan Black Metal Chef.  I think he was a lot of wisdom behind all the metal.  Let me know what you thought in the comments!

My Interview of Tino

Tino’s Interview of Me

Eating Out With the Vegan Black Metal Chef and Gary Yourofsky